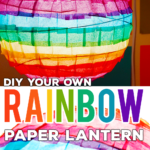 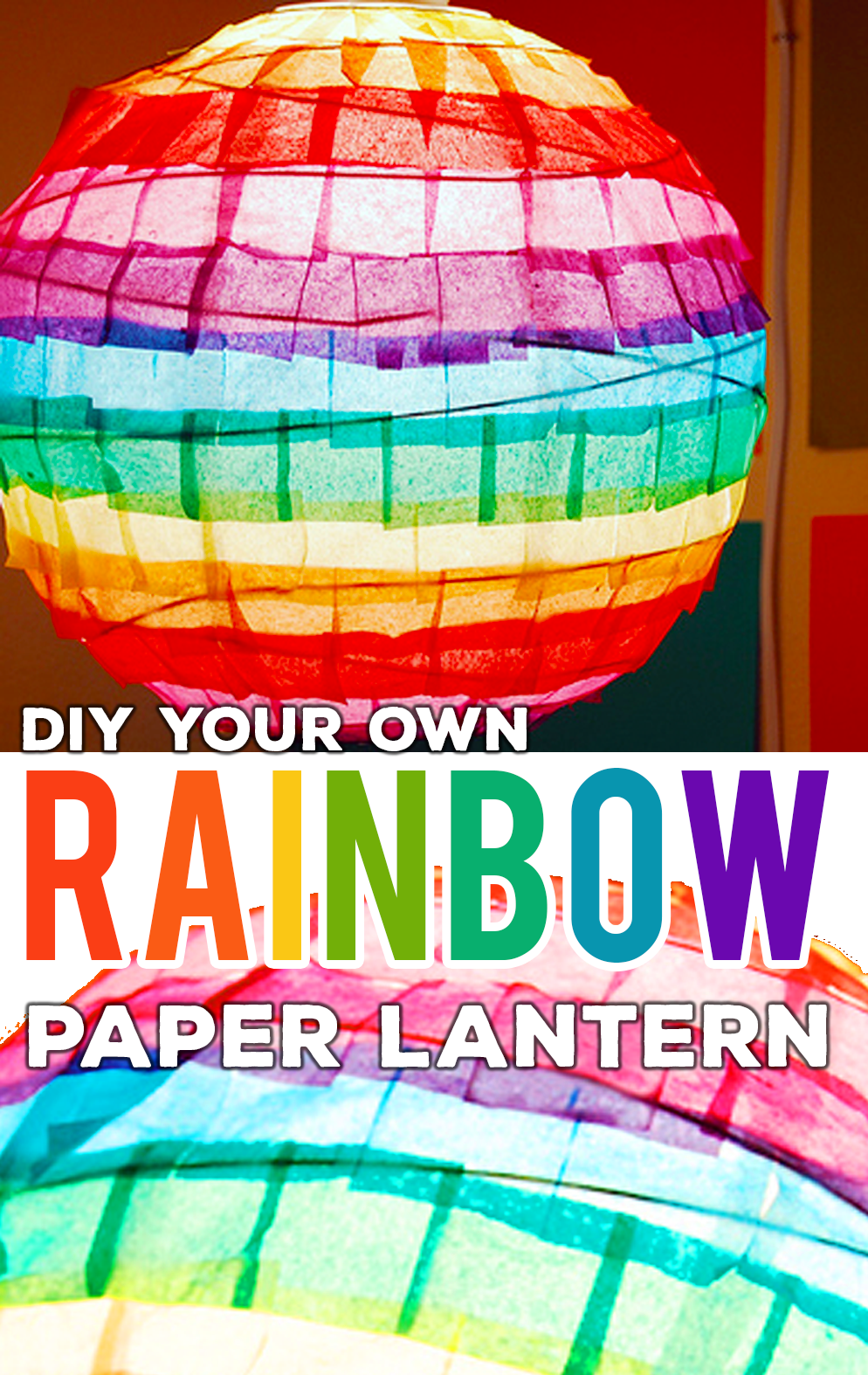 I just love decorating paper lanterns. You may remember my dotted tissue paper lantern and my letter lighting project! I think they are an easy way to add major impact Maybe this lantern leads to a pot o’ gold since it is St. Paddy’s day and all )totally unplanned btw).

The cool thing is that you can make this for under $5 bucks in under an hour! Here’s how! Materials:
– Large paper lantern (20″) – get it on Amazon here
– Paper lantern light kit
– Tissue paper squares in rainbow of colors (I got mine on Amazon it’s the only place I’ve seen them)
– Aleene’s® Original Tacky Glue®

OK, I’m not going to list them out, cause this is one of the simplest crafts you can make…

First you take these tissue paper squares… Note, it’s a lot easier to use these squares than cut up your own – believe me. …you glue them in color order to the lantern starting at top. Slightly overlap them as you glue going down the lantern. Glue any remaining pieces in place and fill in any gaps.

And there you have it! It’s the perfect accent for brightening up any room that needs a splash of color. 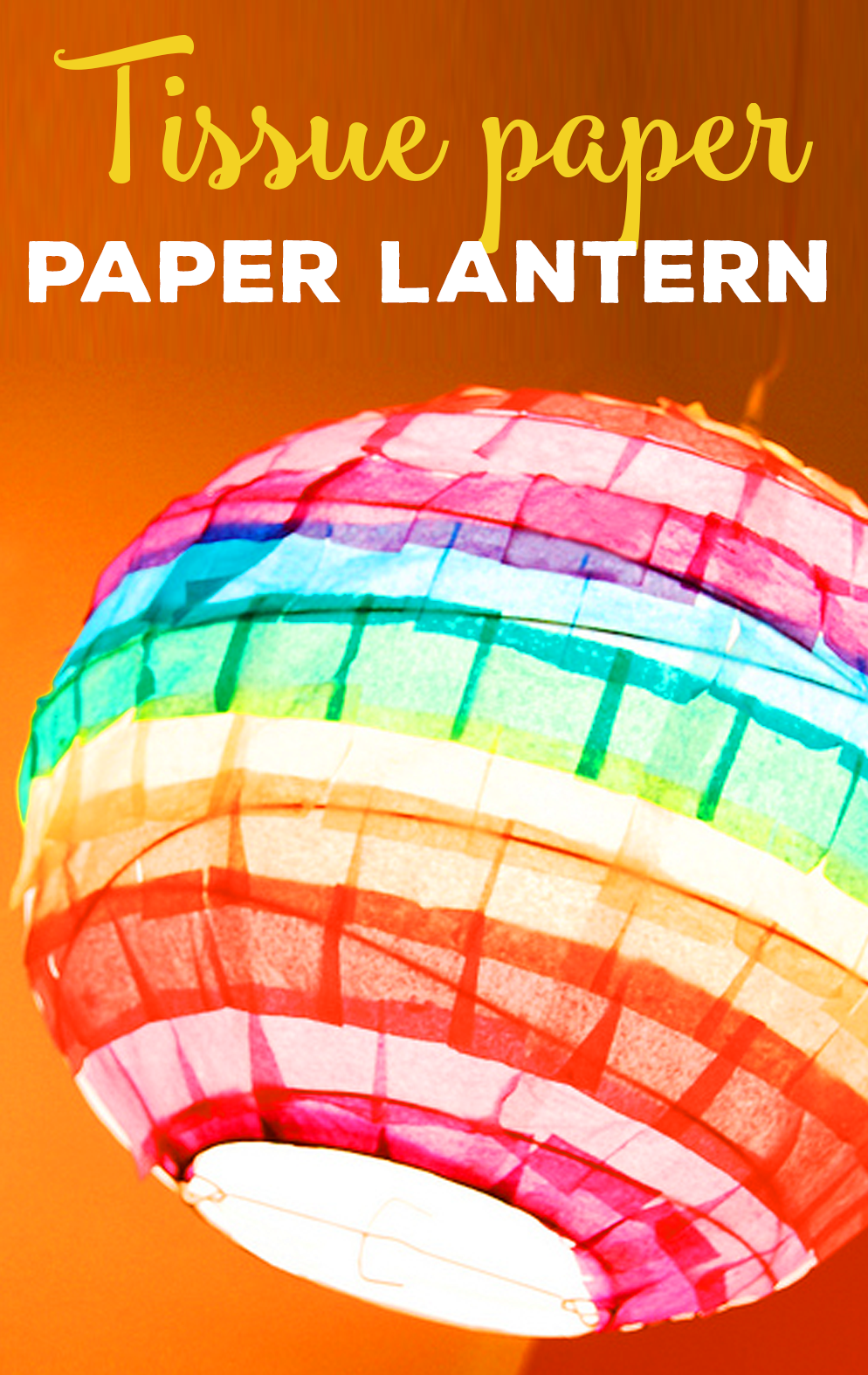