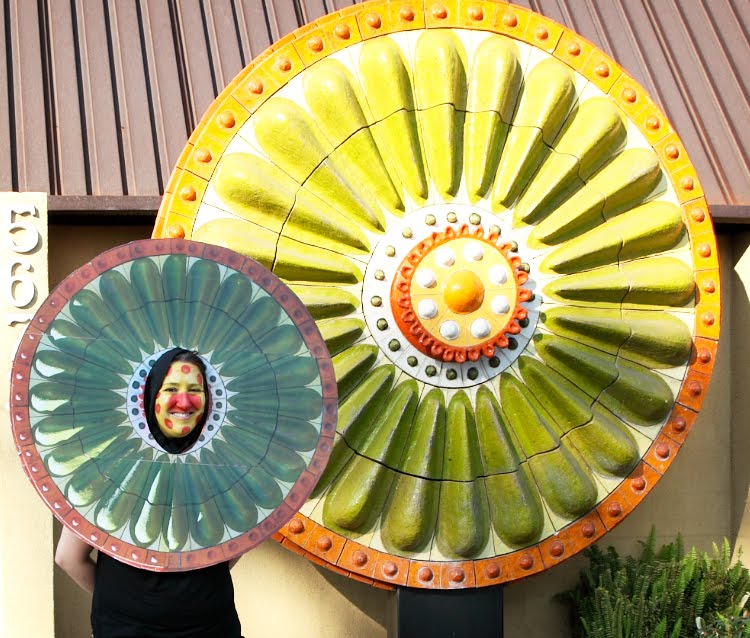 Well, here’s the big reveal of this year’s costume! I am a Duncan® Ceramics lollipop/sunburst/cool ceramic wheels in front of the iLoveToCreate headquarters! Here’s a great blog post from Mid Centuria featuring more photos of the cool Duncan® Ceramics facade by Stan Bitters.

I took a picture of it, enlarged and tiled it, and put it on a cardboard with some of my favorite Tacky Spray. I then used some Tulip® Body Art paint on my face to replicate the center. While I don’t think I look exactly like the wheel, I think it’s pretty darn close.

What did you dress up as this year for Halloween??